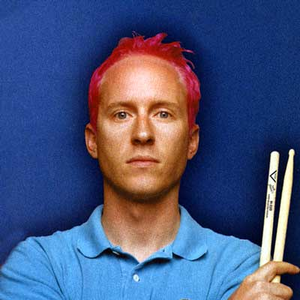 Josh Freese was born on Christmas Day, 1972 in Orlando, Florida but has lived in Southern California since he was 6 months old. Having been brought up in a musical family (father conducted the Disneyland Band and mother was a classical pianist) he was surrounded by music from an early age and began playing the drums around the time he was 7 or 8 years old. He started playing professionally at the age of 12 (in a Top 40 band at Disneyland) and starting touring and making records at the age of 15, first with Dweezil Zappa and then The Vandals. In the early 1990's Freese was a member of the reformed Simpletones, fronted by original member the late Richard "Snickers" Scott, whose original songs included the teen love anthem "I Have A Date", later popularized by The Vandals . Currently still a member of The Vandals, Devo, A Perfect Circle and Nine Inch Nails, Josh Freese has also worked with many respected artists in the last 10 years perpetually filling in as session drummer and sometimes as a temporary replacement.