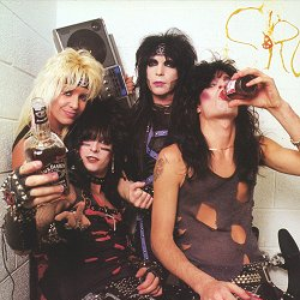 Mötley Crüe was formed in 1981, in Los Angeles, by bassist Nikki Sixx and drummer Tommy Lee. They would soon find guitarist Mick Mars through a classified ad which stated simply: Loud, rude, aggressive guitarist available. Singer Vince Neil would be the last to join, whom Tommy had known in high school. They would go on to become the most infamous band of the 80's.