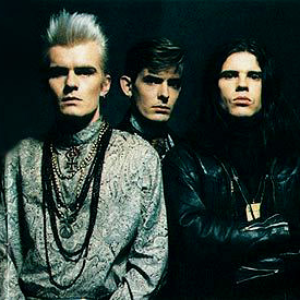 The Cult are an English rock band that gained a dedicated following in their native Britain with mid-80s singles such as "She Sells Sanctuary" before breaking into the American metal market in the late-80s with songs such as "Love Removal Machine". Known for having "firmly set its sights on neo-metal godhood", the band fuses a heavy revivalist sound with "the pseudo-mysticism" of "The Doors, the guitar-orchestrations of Led Zeppelin, and the three-chord crunch of AC/DC, while adding touches of post-punk goth rock" in the words of critics. Since their earliest form in Bradford during 1981, the band has had various line-ups, but the longest serving band members are vocalist Ian Astbury and guitarist Billy Duffy, both of whom are the band's songwriters.

ShoutBox for The Cult