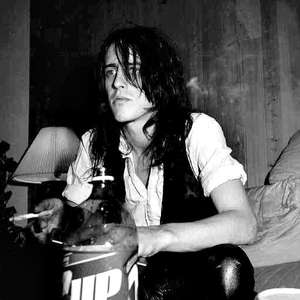 Izzy Stradlin is best known as the former rhythm guitarist and song-writer in Guns N' Roses. He left Guns N' Roses on their Use your Illusion world tour in November, 1991. Following his departure, Izzy formed a new solo band, Izzy Stradlin and the Ju Ju Hounds. Their self-titled debut album was released in the autumn 1992. Following the release the band went on tour, and returned to the studio to record the follow up. Without the album finished, however, they disbanded and the album was not released.