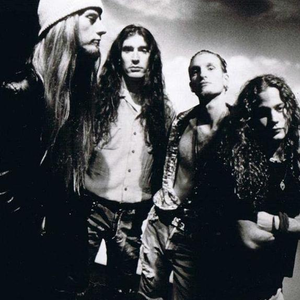 Alice in Chains is a hard rock band that was formed in 1987 in Seattle, Washington, United States. Drawing equally from the heavy riffing of metal and the gloomy strains of what would become grunge, the band developed a bleak, nihilistic sound that balanced grinding riffs with subtly textured acoustic moments. They were hard enough for metal fans, but their dark subject matter and punk-fueled attack placed them among the front ranks of the Seattle-based grunge bands. This dichotomy helped the group soar to critical acclaim and multi-platinum status with their first albums, 1990's 'Facelift' and 1992's 'Dirt', yet it also divided them. Guitarist, vocalist, and songwriter Jerry Cantrell always leaned toward the mainstream, while singer-songwriter Layne Staley felt fascinated with the seamy underground lyrically and musically. Such tension drove the band toward stardom in their early years. Following 'Dirt', however, Alice in Chains suffered from near-crippling internal tensions that kept the band off the road for the remainder of the 90s, and personal tragedy soon would strike.

Fans of Alice in Chains (0)

ShoutBox for Alice in Chains