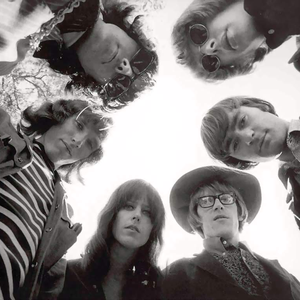 Jefferson Airplane was a psychedelic rock group formed in San Francisco. It was the first of several Bay Area psychedelic groups of the 1960s to become internationally known. The band was founded by singer Marty Balin and guitarist Paul Kantner in 1965. With the addition of Signe Anderson, their male-female singing style showed their folk music roots plus Balin's love of R&B singing styles. In fact their dual lead vocals were a hallmark of their sound throughout the Airplane's career, as confirmed (to international acclaim) after Grace Slick replaced Signe Anderson as the female singer. The other members of the band were guitarist Jorma Kaukonen, bassist Jack Casady and drummer Alexander "Skip" Spence.