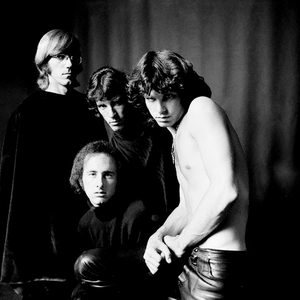 The Doors were an American rock band which formed in Los Angeles, California, United States in 1965. The band consisted of Jim Morrison (vocals), Ray Manzarek (organ), Robby Krieger (guitar) and John Densmore (drums). In this configuration, the band released six albums, all of which were successful and released two US #1 hit singles - 1967's "Light My Fire" and 1968's "Hello, I Love You". After Morrison's death at his apartment at 17 Rue Beautraillis Paris in 1971, the band continued on as a trio, releasing two more albums that were ignored commercially and disliked critically before disbanding in 1973.

ShoutBox for The Doors