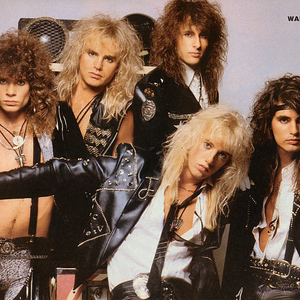 There are two groups by this name. Warrant is a glam metal band from Los Angeles, California that enjoyed its greatest success in 1990 with the album 'Cherry Pie'. Spearheaded by frontman Jani Lane, the band's brand of metal was often loud, cheesy, sex-obsessed, and usually delivered with a mischievous sense of humor. The generally lighthearted band became known for raucous party anthems (such as "Down Boys" and "Cherry Pie") but also featured a versatility producing sentimental, melodic power ballads (such as "Bed of Roses", "Heaven", and "I Saw Red").