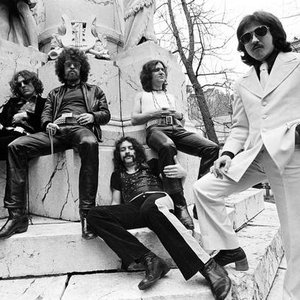 Blue Öyster Cult is a renowned hard rock band that formed in 1967 in Long Island, New York, United States. The band is led by founding members Eric Bloom (vocals, guitar) and Buck Dharma (guitar, vocals). They are best known for their hit singles "(Don't Fear) The Reaper" and "Burnin' for You", from 1976 and 1981 respectively.