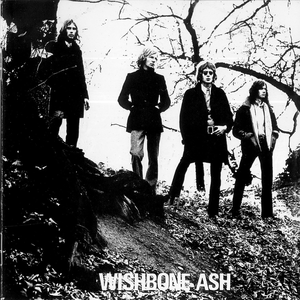 Wishbone Ash is a British rock band which achieved its greatest success in the early and mid-1970s. Their most popular albums included Wishbone Ash (1970), Argus (1972), There's the Rub (1974), and New England (1976). They were one of the first bands to use twin lead guitars. Wishbone Ash can trace its origins back to Torquay, Devon, England, a seaside resort in the southwest of the country. It was there that Martin Turner and Steve Upton first performed together; Turner on bass, Upton on drums, before moving to London in 1969 to seek fame and fortune. In the capital the decision was made to place an advertisement for a keyboard player and a lead guitarist. The resulting audition threw up two guitar leads, but nobody could decide who to choose and the trademark twin-lead sound of Wishbone Ash was born.