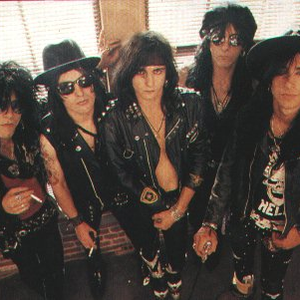 L.A. Guns is the name of a glam metal group from Los Angeles, California. The current version is led by vocalist Phil Lewis with drummer Steve Riley. From 2006 to 2012, (four years after his departure from the band) Tracii Guns reformed his own version of the band, and during that time, there were two distinct lineups of L.A. Guns performing.