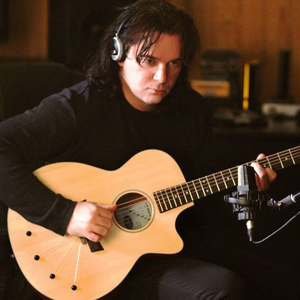 Billy Sherwood's music career started with Lodgic, formed with big brother Michael Sherwood, also including Guy Allison on keyboards, Jimmy Haun on guitar and Gary Starns on drums. They eventually moved the band to Los Angeles in 1980. Lodgic eventually broke up, and Billy Sherwood put together a new band with Guy Allison. They recruited guitarist Bruce Gowdy and drummer Mark T. Williams to form World Trade. They recorded their self-titled debut in 1989, with Sherwood taking on the roles of engineer, mixer, and producer again, along with his band duties as bassist and lead singer.