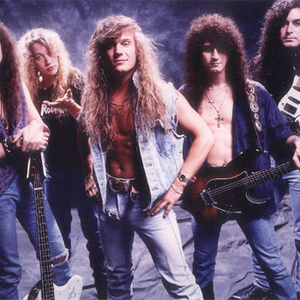 Steelheart is a musical group fronted by Croatian-American musician Miljenko "Mili" Matijevic. The outfit has gone through many line-up shifts since it got started in 1990, yet Mili's powerful voice and multi-octave range has remained the heart and soul of the band. The group's debut album, titled simply 'Steelheart', brought the group strong commercial success yet had them pegged, somewhat unfairly, to the glam metal movement. Since then, Mili and his band-mates have showcased just how broad their influences are and the raw strength of Mili's vocals have been noticed by many critics.