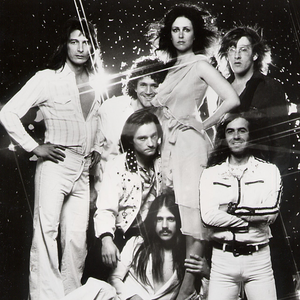 Starship is an American pop/rock band best known for their hits "Nothing's Gonna Stop Us Now" and "We Built This City" that operated from 1985 to 1989, reforming in 1992 although featuring just vocalist Mickey Thomas. In 1984, singer-songwriter Paul Kantner left the San Francisco, California group Jefferson Starship. His former bandmates wanted to continue with that name, but Kantner, as the last founding member of Jefferson Airplane, took legal action over the "Jefferson" name. Kantner settled out of court and signed an agreement that neither party would use the names "Jefferson" or "Airplane" unless all members of Jefferson Airplane, Inc. (made up of Bill Thompson, Paul Kantner, Grace Slick, Jorma Kaukonen, and Jack Casady) agreed. The band then took the name "Starship". Keyboard player David Freiberg, who had been increasingly marginalized, left as well.

We Built This City
1984
Album has 1 releases