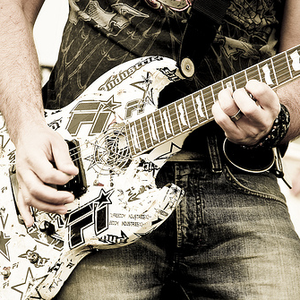 Philip Xenidis, better known as Phil X (born 10 March 1966), is a Greek-born guitarist and co-founder of the Los Angeles-based turbo pop band Powder. He also has a second band, the Drills. He is best known as the guitarist who replaced Rik Emmett in the Canadian rock band Triumph, for the Edge of Excess album and tour. The band folded shortly afterwards.