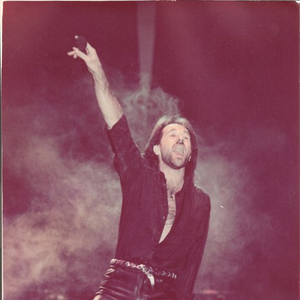 There are three artists with the name "Tony Martin:" A rock singer; an Australian performer; and an American big-band singer and actor. Tony Martin (born April 19, 1957) was the seventh and final vocalist for the legendary rock band Black Sabbath before the eventual reunion of their original lineup. He was in the band on and off for a ten-year span between 1987 and 1997, recording five albums: The Eternal Idol (1987), Headless Cross (1989), Tyr (1990), Cross Purposes (1994), Cross Purposes Live and Forbidden (1995). He was dismissed from the band in 1991, to accommodate the reunion of the Mob Rules lineup: Tony Iommi, Vinny Appice, Geezer Butler and Ronnie James Dio. He returned to the band in 1993, and left once again sometime in 1996 or 1997, while the band was on hiatus.