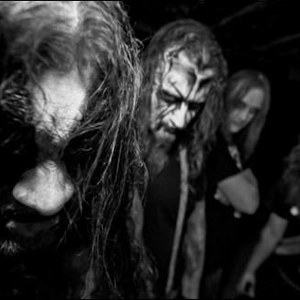 Endstille is a black metal band from Germany. It was founded in 2000 by L. Wachtfels (guitar), Mayhemic Destructor (drums), Iblis (vocals) and Cruor (bass) in Kiel. L. Wachtfels and Mayhemic Destructor had previously played in the band Tauthr, while Iblis and Cruor came from the band Octoria. They describe their music as "ugliest aggressive black metal with the fire-speed of an MG42 and the power of heavy ship-artillery". The lyrics refer, to a large extent, to personal experiences and opinions of the band members. In its self-manifestation, the group refers to well-known German weapons from the time of World War II. This, in addition to the band's lyrics, is sometimes seen an indication of a right-wing extremist affinity within the band. Endstille clearly dissociates itself from such labels, explains to have no sympathies for right-wing ideas and says black metal "is in its principle unpolitical".