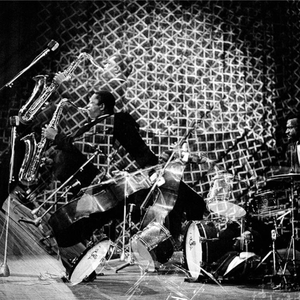 John Coltrane formed his first group, a quartet, in 1960. After moving through different personnel including Steve Kuhn, Pete LaRoca, and Billy Higgins, the lineup stabilized in the fall with pianist McCoy Tyner, bassist Steve Davis, and drummer Elvin Jones. Tyner, from Philadelphia, had been a friend of Coltrane's for some years and the two men long had an understanding that the pianist would join Coltrane when Tyner felt ready for the exposure of regularly working with him. Also recorded in the same sessions were the later released albums Coltrane's Sound and Coltrane Plays the Blues.