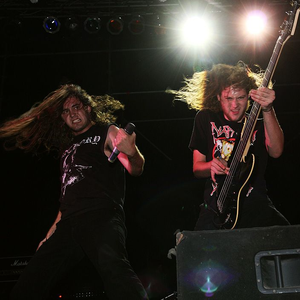 There are three artists by this name. 1) Warbringer is an American thrash metal band from Ventura, California formed in 2004. Current members consist of John Kevill as vocals, John Laux and Andrew Bennett on guitar, Andy Laux on bass, and Carlos Cruz behind the drums. They have released three full length studio albums, the latest being "Worlds Torn Asunder" in 2011. Along with their animated live performances and lyrics detailing war, violence, and death, Warbringer's aggressive sound is reminiscent of 80's era thrash metal and thus the band is commonly associated with the "thrash revival".