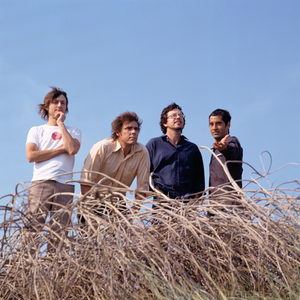 The Whitlams are an Australian four-piece band hailing from Newtown, New South Wales. Formed in 1992, the band originally comprised Tim Freedman (lead vocals, piano), Stevie Plunder (lead vocals, guitar) and Andy Lewis (double bass, backing vocals). The line-up has changed many times over the years with Tim the only consistent member of the band, not to mention the only original member still alive. In the current line-up Terepai Richmond hits the drums, Warwick Hornsby plays the bass, and Jak Housden steals the scene on the electric guitar alongside the ever-present Tim Freedman.

Fans of The Whitlams (0)

ShoutBox for The Whitlams