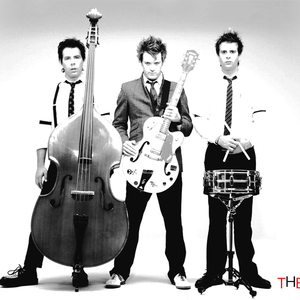 The Living End formed in 1994 after lead singer/guitarist Chris Cheney and bassist Scott Owen were introduced to each other by their older sisters at Wheelers Hill Secondary College in Melbourne, Australia. Cheney, obsessed with 80s rockabilly group the Stray Cats, convinced Owen to learn the double bass instead of the piano and they started playing gigs under the name Runaway Boys after the title of a Stray Cats song. The group went through a succession of drummers before settling on Joe Piripitzi.

ShoutBox for The Living End