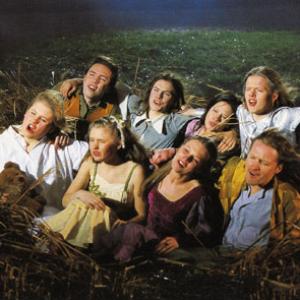 The Kelly Family is one family, but in the same time - a multicultural band, who played music in the styles of Pop, Rock, Folk and even Jazz. The main feature of the band was not only nine siblings, singing and playing beautiful music, but the sincerety of this music, the choir, simple but lovely lyrics and the culture of the family. The band started their career in early 1980s and since than sold over 20 millon copies of their albums. They are the autors of the biggest selling pop album in German history - Over The Hump [1994].

Fans of The Kelly Family (0)

ShoutBox for The Kelly Family