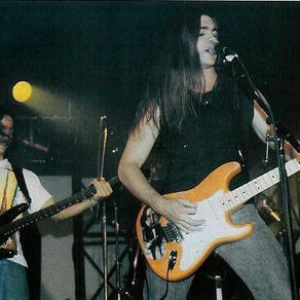 Formed in the late '80s by singer/guitarist Juan Esteban Aristizabal, better known as Juanes, Colombian heavy metal outfit Ekhymosis started playing in their native Medellín, Colombia before self-producing Ekhymosis in 1988, and De Rodillas in 1991. Inspired by a number of groups in the U.S. and British rock scene, the band recorded Niño Gigante in 1993, Ciudad Pacífico in 1994, and Amor Bilingue in 1995. A year later, their first acoustic live album was simply called Unplugged. After signing up to Fonovisa, a self-titled album was internationally released. Ekhymosis disbanded in 1998, after Juanes decided to pursue a solo career.