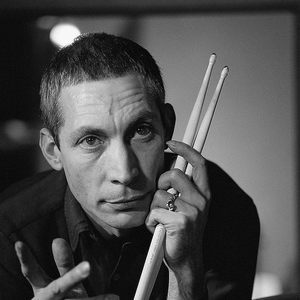 Charles Robert "Charlie" Watts (born 2 June 1941) is an English drummer, best known as a member of The Rolling Stones. Originally trained as a graphic artist, he started playing drums in London’s rhythm and blues clubs, where he met Brian Jones, Mick Jagger, and Keith Richards. In 1963, he joined their group, the Rolling Stones, as drummer, while doubling as designer of their record-sleeves and tour-stages. He has also toured with his own group, the Charlie Watts Quintet, and appeared at London’s prestigious jazz-club Ronnie Scott’s with the Charlie Watts Tentet.