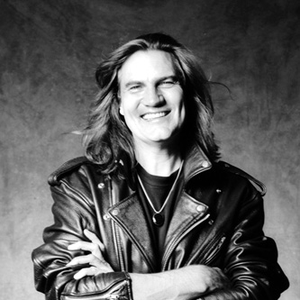 Max Carl is one of the ultimate singer / songwriters in Rock n Roll. Early in his career as a session musician, Max contributed to albums by Rod Stewart, Elton John and by 1979 he produced his first solo album, Whistlin in the Dark. Other sessions were also done, and Max worked with Bonnie Raitt, Bette Midler and members of The Eagles. In 1982, Max was on stage performing with his Los Angeles-based R&B show band Jack Mack & the Heart Attack, and Glenn Frey (The Eagles) was taken by the band's mix of R&B and funky soul, and secured a recording deal for the band with Full Moon, a division of Warner Brothers. In 1985, Max released his second solo album, The Circle, and accepted an invitation to join .38 Special, for whom he subsequently wrote and sang the Platinum hits Second Chance and Sound of Your Voice. 1998 saw the release of Max's universally acclaimed One Planet, One Groove album. In 2000 he joined a revitalized Grand Funk Railroad and appears regularly across the country. And in 2008 he released the Pinks Original Soundtrack by Max Carl for the Speed Channel television series, Pinks.