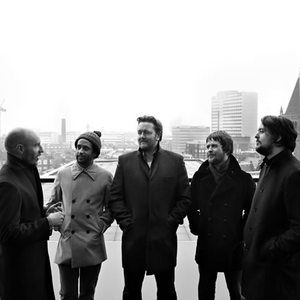 Elbow is an alternative rock band that got started in Bury, Greater Manchester, United Kingdom in 1990. Formed when its members were in sixth-form college, the group consists of Guy Garvey (vocals, guitar), Mark Potter (guitar, vocals), Pete Turner (bass), Craig Potter (keyboards) and Richard Jupp (drums). Over the band's twenty plus year career, it has released six studio albums and four EPs while also having over five top 40 singles in the U.K. alone.