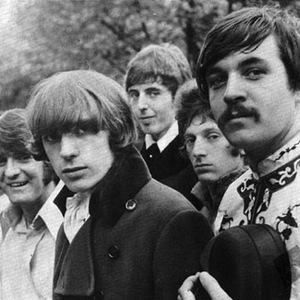 Procol Harum is a British rock band formed in London, England, in 1967. They contributed to the development of progressive rock, and by extension, symphonic rock. The band's claim to fame is 'A Whiter Shade of Pale', a huge hit in 1967. The band differed from most of the progressive rock bands of the 70s in the relatively prominent blues component to their sound, largely due to the voice and piano of leader Gary Brooker. In the early years, Matthew Fisher's organ and Robin Trower's guitar combined for a unique sound. In October 2012, the band was nominated for induction into the Rock and Roll Hall of Fame, but were unsuccessful as they failed to gain enough votes.