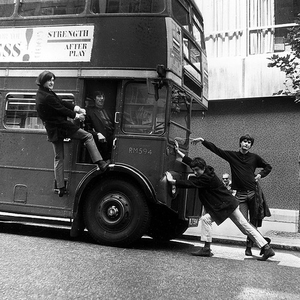 The Kinks (1963–1996) were an English pop-rock group that came out of the British R&B scene of the early 1960s. Formed in Muswell Hill, North London, by brothers Ray Davies and Dave Davies in 1964 and categorised in the United States as a "British Invasion" band, the Kinks are recognised as one of the most important and influential rock groups of the era. In 1990, their first year of eligibility, the original four members were inducted into the Rock & Roll Hall of Fame. Later, in November 2005, they were inducted into the UK Music Hall of Fame. Among numerous other honours, they received the Ivor Novello Award for "Outstanding Service to British Music" in 2006.

ShoutBox for The Kinks