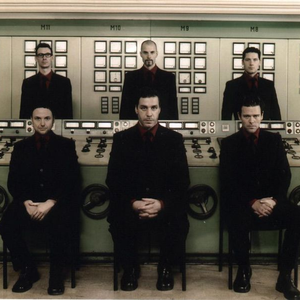 Rammstein is a German metal band which was formed in 1994, in Berlin, and consists of Till Lindemann (lead vocals), Richard Kruspe (lead guitar and backing vocals), Paul Landers (rhythm guitar, backing vocals), Oliver Riedel (bass guitar, "Ollie"), Christoph Schneider (drums and Electronic percussion, "Doom") and Christian Lorenz (keyboards, "Flake"). The band is widely accepted as part of the Neue Deutsche Härte scene, alongside bands such as Oomph!, Laibach, and Die Krupps. Their songs are performed almost exclusively in German. They have sold over 22 million records worldwide. Rammstein's entire catalogue is published by Universal Music Group. Since its formation, Rammstein has had no changes in lineup.