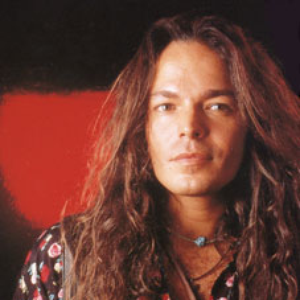 Ray Gillen (May 12, 1959 - December 1, 1993) was a singer best known for his work with the bands Black Sabbath and Badlands. Ray was born on May 12, 1959 in New York but was raised in Cliffside Park New Jersey. He was an only child and started singing while in High School. He played the New Jersey club circuit with various bands, most notably Vendetta and Harlette. Later he went on to sing with the band Black Sabbath, completing the rest of the Seventh Star tour in 1986 after Glenn Hughes was fired. He recorded the whole The Eternal Idol album, but after he left in 1987, Tony Martin re-sang the entire album. After that fell through, he joined John Sykes' (previously with Whitesnake) new band Blue Murder. Ray sang demos but parted company when Sykes decided to handle vocals himself. Ray then contacted Jake E. Lee to form a band. In 1988 Ray started to form Badlands with Jake E. Lee (former Ozzy Osbourne guitarist) and recruited his friend Eric Singer with whom he had played in Black Sabbath. Ray recorded three albums (Badlands, Voodoo Highway, and Dusk) with Badlands and toured from 1989 until 1992. Jake E. Lee was not getting along with Ray Gillen to the point where Ray left the band as Jake was already telling magazines he was fired and being replaced. Ray went to New York City to record Sun Red Sun with old friends but died from an AIDS related disease in a New York Hospital on December 1, 1993.