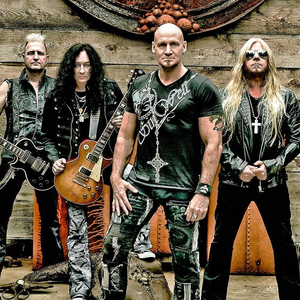 Primal Fear is a German power metal/heavy metal band formed in 1997 by Ralf Scheepers (Vocals/Ex-Gamma Ray, ex-Tyran' Pace), Mat Sinner ( Bass and Vocals/SINNER), Stefan Leibing and Tom Naumann (Guitars). Their style is a heavy power metal sound with the Halford-esque vocals of Ralf Scheepers that give a feeling of Judas Priest's Painkiller era. Scheepers formed the band after he was not hired as Rob Halford's replacement in Judas Priest, a job for which he was a finalist, that went to Tim "Ripper" Owens. Many regard Primal Fear's eponymous debut as the album Judas Priest should have released instead of Jugulator.