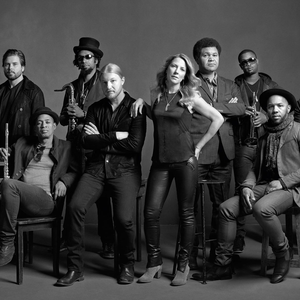 Tedeschi Trucks Band (formerly known as the Derek Trucks & Susan Tedeschi Band) is an American blues rock group based in Jacksonville, Florida. Formed in 2010, the band is led by husband-and-wife musicians Derek Trucks and Susan Tedeschi, and primarily features members from their solo groups. Their debut album, Revelator, won a Grammy Award for Best Blues Album.