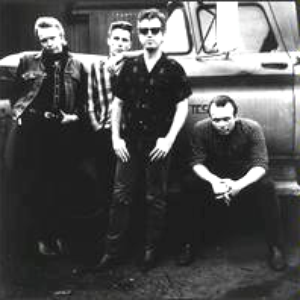 The Blasters are an American rock and roll music group formed in 1979 in Downey, California, by brothers Phil Alvin (vocals and guitar) and Dave Alvin (guitar), with bass guitarist John Bazz and drummer Bill Bateman. Dave Alvin, the group's primary songwriter, left the band in 1986 for a critically-acclaimed solo career. He was initially replaced on guitar by Hollywood Fats (birth name: Michael L. Mann) who appeared with them at Farm Aid. Phil Alvin has led various incarnations of The Blasters intermittently since then, including a few reunion tours and live albums of the original lineup. Personnel as of 2008 was Phil Alvin together with John Bazz, Keith Wyatt, and Bill Bateman.

Fans of The Blasters (0)

ShoutBox for The Blasters