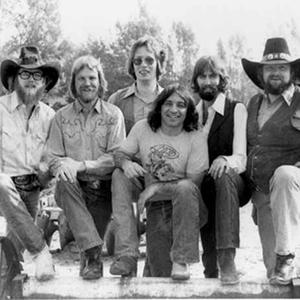 The Charlie Daniels Band is an American country and southern rock band led by Charlie Daniels. The Charlie Daniels Band was formed in 1970, with Charlie Daniels joined by Barry Barnes (guitar), Mark Fitzgerald (bass), Fred Edwards and Gary Allen (drums), and Taz DiGregorio (keyboards). They started recording southern rock-styled albums for Kama Sutra. Although a multi-instrumentalist, Daniels was a limited vocalist, but his voice was well suited to the talking-style "Uneasy Rider", which reached the US Top 10 in 1973. He followed it with his anthem for southern rock, "The South's Gonna Do It". In 1974, Daniels had members of The Marshall Tucker Band and The Allman Brothers Band join him onstage in Nashville. It was so successful that he decided to make his so-called Volunteer Jam an annual event. It led to some unlikely combinations of artists such as James Brown performing with Roy Acuff, and the stylistic mergers have included Crystal Gayle singing the blues with the Charlie Daniels Band.

Fans of The Charlie Daniels Band (0)

ShoutBox for The Charlie Daniels Band