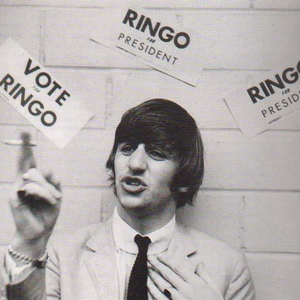 Richard Starkey, MBE (born 7 July 1940 in Liverpool, England), known by his stage name Ringo Starr, is an English musician, singer, songwriter and actor, best known as the drummer of The Beatles. He was the oldest member of the band, and the last to join the now familiar 'Fab Four' line up. While he was sometimes the least visible member of the band, Ringo's drumming style played a pivotal role in the music played and recorded by The Beatles. He filled the role he was hired for in 1962, then went on to establish a new approach to rhythm in popular music that some claim continues to grow in its significance and influence with every decade since The Beatles recorded their music.