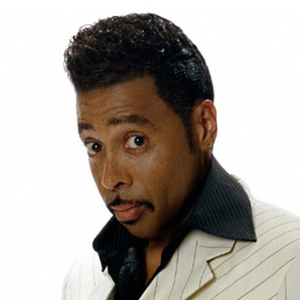 Morris Day (born December 13, 1957, in Springfield, Illinois) is an American musician and composer. Although a gifted drummer, he is best known as the charismatic lead singer of The Time, a band that also launched the careers of famous producers Jimmy Jam and Terry Lewis. Day was a high-school classmate of both Prince and André Cymone and the trio formed an early band called "Grand Central", later renamed "Champagne". Later, Prince embarked on a solo career but retained Cymone for his backing band. The two began to plan a side-group that would focus more on R&B, while Prince would continue to explore various musical styles. The Time was composed of 4 members from an earlier funk group called "Flyte Tyme", but the lead singer had not been chosen. Sue Ann Carwell was auditioned and Alexander O'Neal nearly became The Time's lead singer, but dropped out due to payment negotiations. Day, who was now in a band called "Enterprise" allowed Prince to have a song called "Partyup" for his Dirty Mind album and Prince would soon return the favor by giving Day the job of lead singer. Day would suggest guitarist Jesse Johnson, who completed the band's ensemble.