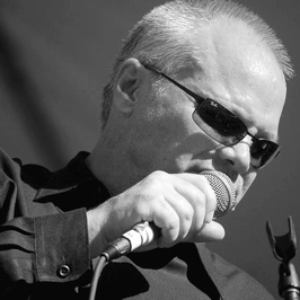 Curtis Salgado (born February 4, 1954 in Everett, Washington, United States) is an American blues, R&B, and soul singer-songwriter based in Portland, Oregon. He plays harmonica and fronts his own band as lead vocalist. There is a moment on Salgado's Shanachie Entertainment CD Strong Suspicion (March 23, 2004) where it seems the spirit of Al Green has possessed him. When Salgado takes on the obscure Beatles gem "I'll be back" and gives it the full-on Memphis Soul treatment, the results are spine-tingling and eerily reminiscent of Al Green's exquisite soul-i-fication of the Bee Gees and Bob Dylan. Salgado's interpretation of "I'll be back" is one of many highlights on Strong Suspicion, his latest tour-de-force amalgam of blues/soul/rock'n'roll. With the added bonus of great guest performances from slide guitarist Sonny Landreth and singer Bekka Bramlett, it's the strongest effort yet from the man the Los Angeles Times said "is keeping the classic flame of soul music alive."