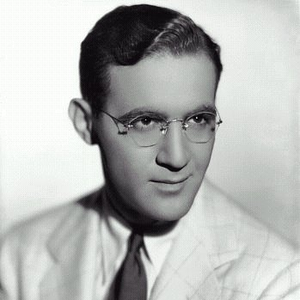 Benny Goodman, born Benjamin David Goodman, (May 30, 1909 – June 13, 1986) was an American jazz musician, known as King of Swing, Patriarch of the Clarinet, The Professor, and Swing's Senior Statesman. Goodman was regarded by some as a demanding taskmaster, by others an arrogant and eccentric martinet. Many musicians spoke of The Ray, Goodman's trademark glare that he bestowed on a musician who failed to perform to his demanding standards. Anita O'Day and Helen Forrest spoke bitterly of their experiences singing with Goodman. "The twenty or so months I spent with Benny felt like twenty years," said Forrest. "When I look back, they seem like a life sentence." He could also be incredibly self-absorbed; it is reported that when eating an egg onto which a ketchup bottle cap had fallen, Goodman simply ate around it. At the same time, there are reports that he privately funded several college educations and was sometimes very generous, though always secretly. When a friend asked him why one time, he reportedly said, "Well, if they knew about it, everyone would come to me with their hand out."