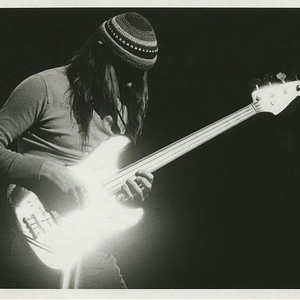 John Francis Anthony "Jaco" Pastorius III (1951–1987) was a U.S. jazz musician and composer widely acknowledged for his skills as an electric bass player, as well as his command of varied musical styles including jazz, jazz fusion, funk, and jazz-funk. His playing style was noteworthy for containing intricate solos in the higher register. His innovations also included the use of harmonics and the "singing" quality of his melodies on fretless bass. He was inducted into Down Beat Jazz Hall of Fame in 1988, one of only four bassists to be so honoured (the others being Charles Mingus, Milt Hinton, and Ray Brown), and the only electric bassist to receive this distinction.