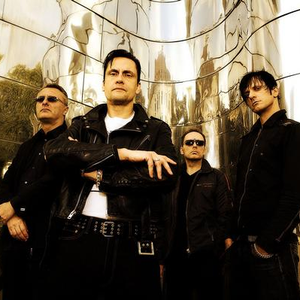 Die Krupps is a industrial band formed in Duesseldorf, Germany in 1980 by Juergen Engler and Ralf Dörper . Over the years they have produced krautrock-tinged metalbashing industrial, old-school ebm, industrial electro and, most recently, industrial metal/neue deutsche härte. The band's name comes from the Krupp dynasty - one of pre-war Germany´s main industrial families. This name was apparently chosen for its industrial connotations, as the band is strongly anti-Nazi. In some interviews the band stated that Visconti´s movie "The Damned" - a depiction of the fictitious German industrial dynasty of the Essenbecks - was the main inspiration.