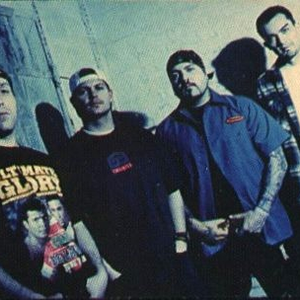 Biohazard was one of the first bands to regularly incorporate elements of both hip-hop and hardcore metal into their sound; since their lyrical fare dealt with the harshness of urban life and the resulting anger and frustration, which both genres of music have been known to address, the connection only made sense, especially in light of Anthrax's highly effective collaboration with Public Enemy on 1991's "Bring the Noise." When Biohazard formed in 1988 in Brooklyn, NY, their sound was much closer to the former band than the latter; their original lineup consisted of guitarist/vocalist Billy Graziadei, bassist/vocalist Evan Seinfeld, guitarist Bobby Hambel, and drummer Danny Schuler. They began opening for local hardcore and thrash bands and gradually built a large following through their outraged sense of injustice, political awareness, and constant touring. A self-titled debut was released in 1990 on the Maze label, but by 1992, Biohazard's fan base was strong enough to secure a deal with Roadrunner Records.