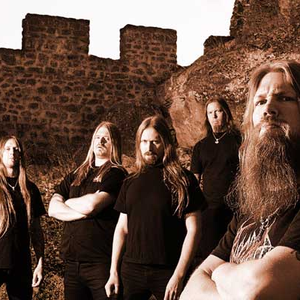 Deeply rooted in melodic death metal with lyrics centered around Viking history and Norse mythology, Amon Amarth (formerly known as Scum) was formed, with the arrival of Johan Hegg as the new vocalist, in 1992 in Tumba, Sweden, a southern suburb of Stockholm. They began writing material with lots of melodies, harmonies and lyrics about Vikings and the norse Pantheon. In summer 1993 they entered Lagret Studio to record the Thor Arise demo, which would later on appear on the bonus disc of the album Versus the World. The band continued rehearsing and writing stronger material and again entered the studio. The result was the second demo, The Arrival of the Fimbul Winter. This time the band was much more satisfied with the sound and songs and launched it to an unsuspecting underground. The response was overwhelming, quickly selling out of the first pressing and secured them a one off deal with Singapore's Pulverised Records.