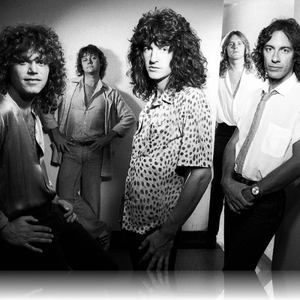 REO Speedwagon is an American rock band that grew in popularity in the Midwestern United States during the 1970s and peaked in the early 1980s as one of America’s most popular arena rock bands at this time. REO Speedwagon hits include "Keep On Loving You" and "Can't Fight This Feeling". Both songs are power ballads, the former being prototypical of the genre and appearing on the group's most commercially successful album, "Hi Infidelity". That album also included the hit "Take It on the Run", a song that peaked at number five on the U.S. charts. The band continues to tour and release albums, their latest being "Find Your Own Way Home" with songs such as "Smilin' in the End".