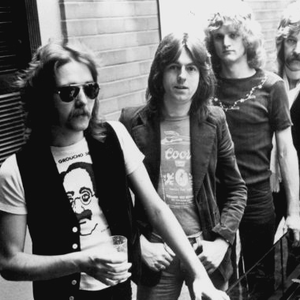 Boogie music-inspired hard rockers Foghat started off as an idea held by musicians Roger Earl and Lonesome Dave Peverett when they first toured America in the late-60s as members of the seminal British band Savoy Brown. The two of them playing alongside guitarist Kim Simmonds, Savoy Brown was on the cutting edge of the massive British blues rock scene, and they influenced countless musicians on both sides of the Atlantic. In 1971, wanting to give a more slick, rock n roll flavor to the boogie music they were playing with said group, Dave and Roger enlisted lead/slide guitarist Rod Price and bassist Tony Stevens to create a new band. According to Songfacts, Foghat got their name from when Peverett played a Scrabble-like game with his brother and just made up a word on the spot to suit his letters. Peverett convinced the band to go with it instead of Brandywine.