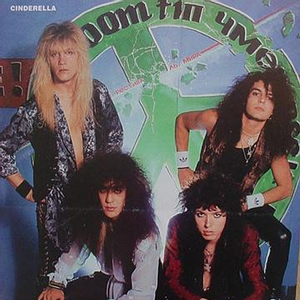 Cinderella is an American rock band that was formed in Philadelphia in 1982 by vocalist Tom Keifer and bassist Eric Brittingham. In addition, the initial lineup of Cinderella featured Tony Destra on drums and Michael Schermick on guitar. In 1985, Schermick and Destra left Cinderella to join Britny Fox (another Pennsylvania-based hard rock band). They were replaced by guitarist Jeff LaBar and drummer Jim Drnec. It was this lineup that recorded their first album, Night Songs (although the drums were played by session drummer Jody Cortez).