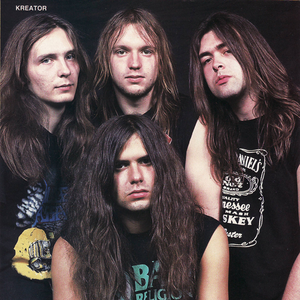 Kreator is a thrash metal band from Essen, Germany. They originally started under the name Metal Militia, later Tyrant and Tormentor, finally Kreator. Starting their career in 1982, they played Thrash Metal with Venom influences. Their style of music is similar to their compatriots Destruction and Sodom, the other two big Teutonic Thrash Metal bands from Germany. All three of these bands are often credited with helping create Death Metal.