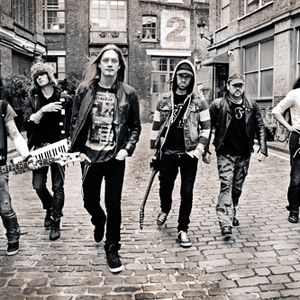 DragonForce is a Power Metal band that was formed in 1999, from the remnants of black metal band Demoniac under the name of DragonHeart. However, the band soon changed its name to DragonForce before releasing any commercial albums due to possible commercial issues with Brazilian band Dragonheart. Their career began with publishing of songs on the first incarnation of MP3.com, claiming the top of the site's heavy metal charts. The hit song Valley of the Damned reached over 500,000 downloads in the first few months.