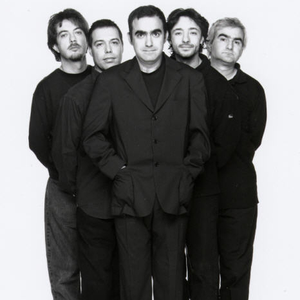 Elio e le Storie Tese has been a cult band in the Italian underground music scene for a very long time. Their "bootlegging" cassettes were spreading rapidly, and the concerts (that were always in the Milan area, their hometown) were attended by an audience of affectionate fans. When their first album "Elio Samaga Hukapan Karyiana Turu" came out (1989), the concept of an underground band was outdated by the 150,000 copies that were sold in the first ten months. This result was even more significant since they were not supported by the official media.