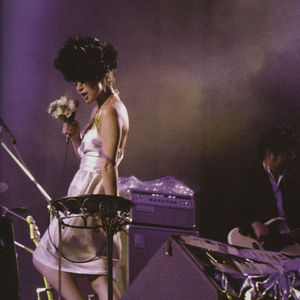 Tokyo Jihen (東京事変) or the 'Tokyo Incidents' was a Japanese band formed and fronted by the popular rock singer 椎名林檎 (Ringo Shiina). As hinted by its name, the band has a running theme modeled on '60s Japanese pulp fiction. The band debuted in September 2004 with the song 群青日和. Since their inception, Tokyo Jihen has released five studio albums, of which three peaked at number 1 on the Oricon charts.