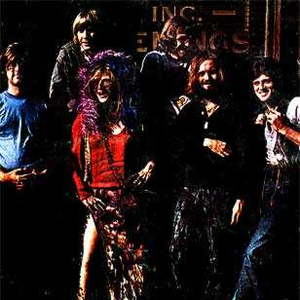 Full Tilt Boogie Band was a rock band originally headed by guitarist John Till, and then by Janis Joplin until her death in 1970. The band was composed of Till, pianist Richard Bell, bassist Brad Campbell, drummer Clark Pierson, and organist Ken Pearson.[1] In its original late 1960s incarnation, the Full Tillt Boogie Band (the two "L's" being a play on the spelling of Till's last name), Till fronted the group as a side project from his usual gigs as a New York City studio musician. Like Till, the other members of Full Tillt were Canadians, mostly hailing from Stratford-Woodstock, Ontario.